In this post, we will be covering on 8 interesting facts about tundra zones in Russia.

For other interesting educational post of Russia, do check out the posting below: 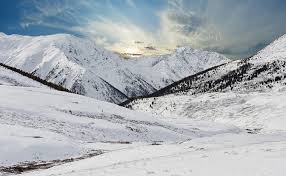 The vast territory of the land of Russia are divided into several natural zones. About 10 percent of these zones are occupied by the tundra zone. Tundra zones in Russia are mainly treeless and swampy plain.

The tundra involves the most northernmost area starting from the Finnish border. It goes on and on till the south along the Pacific coast.

Tundra are very well known for its long and harsh winter climate. It also lack of warmth sunshine in that area. Plants that are able to survive through this harsh temperate are mainly mosses, lichens or shrubs. In addition, it has short growing term for the plants. Furthermore, it did showed slow rate of decay due to the cold winter. The average temperate around the tundra is around -18 degrees F. Winter time it get so much colder. Tundra also have short summer which mean shorter warmer period. 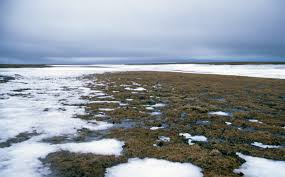 Another interesting facts is that the word ‘tundra’ originated from a Finnish word called ‘tunturi’. It has a meaning of treeless plain laying across the land. Barren land to be more precise. The land in tundra is dry.

In addition it look like a cold icy desert covered with snow. The top soil of the ground is permanently frozen up until the entire year. This features have turned tundra into land of few nutrient that can support animal life or plant.

Tundra have 2 unique season. A long winter season and a short summer. In addition being located on the far north, tundra has its long nights in the winter. Meanwhile having its long days in the summer. Another interesting facts is that the polar bears will stop by tundra during the short summer for mating with its kind. The winter season held up to 8 months. Sun may not able to even rise for weeks. In another hand, in the middle of summer, the sun are up for all day and night long.

5. Humans That Survived The Tundra 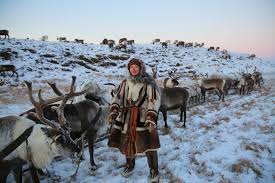 Less than 1 percent of total Russia’s population actually stays in the tundra zone. A group of eskimos known as the Yakut people live along the Siberia in tundra. Their main activity include fishing and hunting for furs.

They will constantly switch locations in a year to build more solid ground for winter camps or summer camps. They mainly consumed on dairy fish and meat resulted from the hunt. In addition, they also herds horses and cattle for their economic activity.

6. Plants That Survived The Tundra

As mentioned as per above, plants that grows in the tundra comprises of mosses, lichens or shrubs. These plants stay low and grow in groups in order to defend against the icy winds. Their unique features includes having shallow roots and bloomed flower during the summer. Another ones are having hairy stems and dark color leaves. This enables them to absorb more energy from the sun.

7. Animals That Survived The Tundra 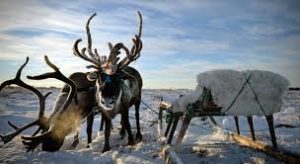 Animals living in the tundra will have more activity during the summer season. The reason is because most birds will migrate into warmer land while mammals will hibernate for the winter. They do have animals that have adapted themselves to winter in the tundra. Example of it is like the arctic hare or fox.

They have the ability to blend with the snow and survived. During the summer, insects will emerge as wetlands areas will be filled with them. Migrating birds and animals will be more active and out to look for food.

8. Climate Change That Impacted the Tundra