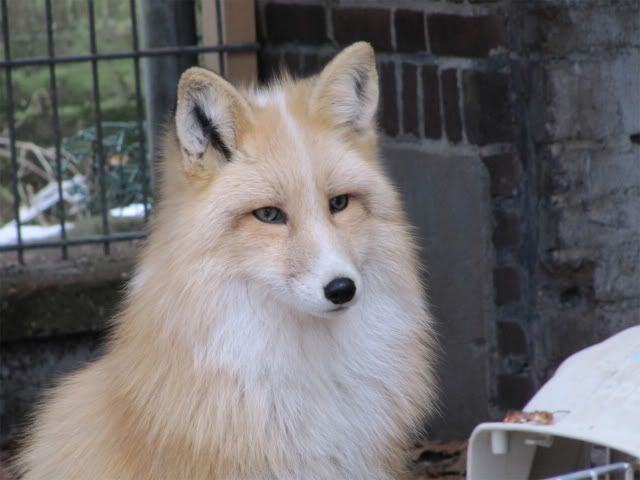 Russia has many types of cute animals that are worthy to be made as pets. Some of them have gained a lot of popularity on social media platforms such as Instagram and Pinterest. Not only in Russia, but the world also has set their eyes upon Russian exotic animals because of their cuteness. It is often to see some Russian animals are exported overseas to be sold as pets.

In Russia itself, Russians have their own interest of which animals should they own as pets. Do you want to know what is the most favorite animals to pet in Russia? Here’s the list!

Despite their destructiveness, domesticated foxes seem to have a huge fan base. This fox thrives in cold climate, and you don’t even have to worry if you have to put them outside (which is where they should belong to).

The red fox and the white ones are the most common types of fox sold on the internet. The white ones are more expensive since people tend to like them more. But overall, they are both fantastic creatures, if you don’t mind their behaviors.

Instagram has lots of celebrities from all species, including bears. Just like foxes, people love to see when people taking photos with a bear, thus increasing its popularity. All thanks to the bear tamers for their services in providing photoshoot sessions with their bears.

By its increasing popularity on the internet, many people sell bear cubs for average 50.000 to 100.000 RUB each. If you want to have one, it is highly suggested that you buy a bear since it was still a cub. Adult bears are hard to train and more dangerous. It is also not suggested to feed them with meat, because the taste of meat could trigger their primal instincts.

Since the brown bear is not listed in the Red Book, you can own a brown bear as long as you keep it inside Russian Federation territory. Just keep in mind to treat them properly and you will be fine.

Siberian husky is the most known dog breed from Far Eastern Russia. Bred by the Chukchi people, this dog has its purpose for hunting-gathering, as well as pulling sleds. This medium sized dog known to be loyal to their masters as long as their masters cared for them.

As an ancient breed of dog, Siberian Huskies didn’t experience a lot of changes from their wolf ancestors. Even they looked like a wolf by appearance.

In Russia, there are also sled race events called “Husky-Fest” where all northern dog breeds are competing. The race itself can reach the distance up to 120 kilometers away. Despite their lack of speed compared to other northern dog half-breeds, Siberian Huskies put their best on their endurance.

Siberian cats are the true majestic being of Siberia. They are smart and really cute. They are even cuter once they pouncing around in the snow.

The most fun parts of having a Siberian cat is that you can play fetch with them as dogs do. By temperament, they are calm and gentle, and they love to be around their owners and other pets.

The challenges of having a Siberian cat is their long thick fur. Their fur is waterproof so it will take more efforts to clean them. But unlike most house cats, they do not fear water. Some scientific research also proves that some Siberian cat has less allergen than most cat breeds, so you should be less worried about having an allergy.

The Russian toy terrier is one of the smallest dogs. Despite their small size, they are quite aggressive towards rats and hostile stranger. Thus making them the smallest guard dog. Kind of.

Back in the early 20th century, this type of dog breed once bred by the Russian statesman’s families as watchdogs as well as rat catchers. They are popular among the upper-class societies, therefore they are usually considered as the icon of the bourgeoisie. Due to their status, the Russian toy terrier has suffered a massive population decline during the October Revolution. The Bolsheviks often found killing the dogs to show their hate towards the elites.

What makes Russian toy terrier stands off among all other small dog breed is their boldness and devout loyalty. They can be very aggressive to protect their owners, and also they often show their owners their deep affections. Keep in mind that this kind of dog will suffer extreme anxiety if you neglecting them for a long time.

Russian tortoise is the most popular turtle pet among turtle lovers, not only in Russia but in the world as well. They are relatively small compared to the common tortoise and easier to be kept in small spaces. They are also terrestrial, which means that they don’t have to be around a body of water.

This tortoise makes a good pet for cold climate since they could tolerate cold weather as long as you keep their exhibits dry. If you left them outside, they could take care of themselves as long as the temperature suits them. Their diet consists mostly of fruits and veggies, and a little portion of insects. You don’t have to give them water often since they could stay hydrated from their foods.

Caucasian Shepherd a.k.a Russian bear dog is highly favored by farmers and shepherds. This large stocky dog can easily repel any intruders who trespass their master’s property. Deers, wolves, spies, no problem.

Just like the name, this dog came from the Caucasus region. Shepherds on that region constantly harassed by wolves who hunt for their sheep. To counter the wolves, the shepherd bred a big strong dog that is very aggressive to repel the wolves but gentle enough so it wouldn’t attack their owner and their family as well as the flock.

This breed of dog is a must-have dog if you can’t afford to own a bear. Their big body and thick fur are cuddly and warm, so having one while in a cold region like Russia is always a good idea. But keep in mind if your house constantly visited by friends, you should consider before owning this type of dog.

Having an owl can be a serious challenge. Not only you need a huge space for them, but you also have to provide them with all their needs, which is not easy. But, for a raptor enthusiast, there’s no challenge hard enough.

Even though that this owl is a highly independent animal, captive-bred Siberian owl needs special attention from their owner, especially when it comes to their mating season.

The Siberian owl is one of the most beautiful owls in the world. Their spotted-white feathers blend perfectly with their snowy environments. The most fascinating sights when you have a Siberian owl is when you watch them hunt their preys. Their silent flight in the middle of falling snows reminds you to the mysterious Baba Yaga.

That’s some of the most favorite animals to pet in Russia. Do you interested to own one or some? Keep in mind that some of these animals require special care unlike any other. It is best to do some research before adopting them, so you and your new pets will become BFFs.