There are so many football clubs around Russia. When USSR broke into 15 different countries, the clubs start to growth, ignore the problem of the nations, and began create their history over the years. Some of them were collapsed because of the financing problem, the others were looking to create big power by waited sponsor to come. Over the years,  there are 4 most famous football club in Russia. Spartak Moscow, Lokomotiv Moscow, CSKA Moscow, Zenit St.Petersburg, FC Torpedo , And last but not least, the Dynamo Moscow. Each club compete each other to bring the glory for the club and take the pride. These clubs were lucky enough to survive until now, some of them even taste the most respected Europe cup in the world, the UEFA Champions League.

The football now is the most popular sport in Russia. The famous of the football make a magnet itself for the government, and by the state companies. FC Lokomotiv Moscow sponsored by Russian Railways, The Lukoil sponsors FC Spartak Moscow, the Gazprom sponsors the Zenit Saint Petersburg. The league itself, began to build their reputation. Now the Russian Premiere League is among the best in the Eastern Europe.

So, come closer and say hi to 6 most famous football club in Russia. 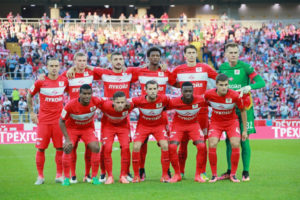 The Spartak Moscow FC is  one of the Russian Premiere League member till now. It was founded in 1922, this is the professional club from Moscow and one of the most successful club in Russia. They won 12 Soviet Championships and the record for having 10 Russian Championships. Not only the trophy, they also won 3 Russian Cups, 10 Soviet cups, and the Russian Super cup.

In 1922, the name of the club was Krasnaya Presna, formed by Ivan Artemeyev and Nikolai Stratostin. The last name came into close contact with Alexander Kosarev, and want to extent the club. They made the strong, powerfull team under the name of Spartak Moscow. This era was the day that this club will remember, because after this, the Spartak Moscow were build the golden ink as the one of the most successful club in Russia. Winning five Russian Chamionship 1992, 1993,1994, 1996, and 1997. In 2012 – 2013, the Spartak qualified for the 2012 – 2013 UEFA Champions League, this one is one of every Europe team were dreaming about. Till now they have steady performance and still playing in Russian top level league. 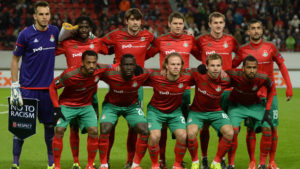 The Lokomotiv Moscow was founded 94 years ago. It was founded in 23 July 1923 as Kazanka. It was owned by Soviet ministry of Transportation through the Russian Railways during the communist era.

The Lokomotiv Moscow was a great squad at the past. They had famous players, good staff, and loved by their fans. Things become worse when the World War 2 comes and suffered the club. They were relegated to Soviet First League. After the world and the cold war, international clubs were rarely contact the Soviet Team. However, the Lokomotiv Moscow was the football ambassador by the Soviet , participating and playing friendly matches around the world, like Asia, Europe, even the North America.

Until in 1990, things didn’t come for good for Lokomotiv. Until that time Lokomotiv was not considered to big club like CSKA, Dynamo, and Torpedo. After the fallen of the Soviet Republic , the club was ready to shine. 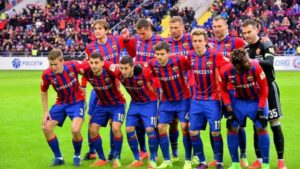 The CSKA Moscow is a well known professional football club in Moscow. Founded 106 years ago in 1911, It is one of the oldest football club in Russian history. This team is one of most successful Russian club for lifted the UEFA Cup in 2005 after defeating Sporting CP.

CSKA Moscow is famous for the nickname: Koni (the horses ), Krasno-Sinie (Red-blues as their identical jersey)  and the Armeisity (Militarians). The last one because CSKA Moscow was the official team of the Soviet Army during communist era. At 2004, the club takes huge sponsorship by Chelsea’s owner, the billionaire Roman Abramovich by Sibneft oil corporation during 2004 to 2006. Now, the CSKA was no longer part of Russian military club.

The famous nickname of CSKA Moscow is unique. Koni was named because their first stadium were built on the old racecourse. The CSKA Moscow is the club for the Russian national team captain, Igor Akinfeev. He is one of the best Russian goalkeeper ever produced now – below with Lev Yashin, the legendary “black spider” goalkeeper of Russia. 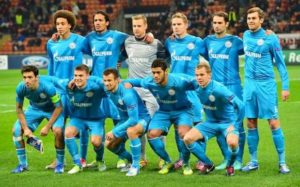 Zenit St.Petersburg or simply zenit, was founded 93 years ago on 25 May 1925. Located in the city of Saint Petersburg,  the club was simply amazing and filled with the culture and the wonderful things in Saint Petersburg. Same like above, the Zenit plays in Russian top league, the Russian Premiere League.

It was a long journey when we talk about Zenit. In late 1987, several football club were founded in Saint Petersburg . No official membership for the players so one player even playing different teams. This team were formed by several club around the city and finally merged at the end of 1939.

In late 2005, the club has a new investor and took controlling the club. Gazprom bought the majority stocks of the club in investing over 100 millions for buying new stadium and the players. Dick Advocaat , the famous netherland coach landed to the club and make some adjusted strategies for winning the league. It was truly magnificient after Zenit won their Russian Premiere League in 2007 and was allowing them to compete in 2008 – 2009 UEFA Champions League.

In this club, several players become the star for the world. One of the best player Zenit ever produced as Andrey Arshavin. Later after 2008, Andrey Arshavin moved to top English club, the Arsenal FC.

So, these are the 4 most  famous footall club in Russia in my opinion. There are full with the achievement, history, and the best player ever : Igor Akinveef which is the captain both for CSKA Moscow and the Russia national team, is the star player for the club. Or you may now forget Andrey Arhsavin, one of the famous top striker in Zenit before moved to Arsenal. The Russian simply created famous player in the world. See you in another article, and don’t forget to look another Russian article in here.