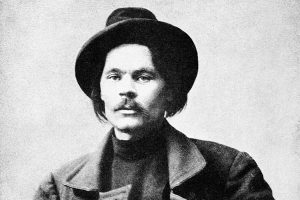 The Soviet-era might not the most enlightening era when it comes to literature, but that does not mean there were no brilliant authors in this era. The Soviet era, with its heavy restriction and censorship, doesn’t stop many talented writers to procure their best work.

Some of theme are even awarded Nobel Prize for literature. Their works are still widely read and studied until today. Read about iconic Russian books you should read.

The Soviet era is a period after the Bolshevik Revolution to as late as 1988. The beginning of the era is dominated with fiction regarding the civil war. But it’s not until the Stalin regime that writers had to get into Union of Soviet Writers. It marks the beginning of censorship for writers. Many had to obey the rule and restriction imposed by the new regime. Those who didn’t conform with the new rules were forced to flee the nation.

Authors during the Soviet era.

Authors during the Soviet era generally falls into these three categories: Those who complied to work within the parameter set by the government, those who opposed and had to publish their work underground or else, move abroad, and the rest are authors who emigrate to other countries and write something else unrelated to Russia, such as Ayn Rand.

Writers need to submit their work to the government first before they can release it to the public. Official writers, supported by the government, received a salary, housing, and office space. To gain membership to Union of Soviet Writers, one had to study at certain school approved by the government. Those who don’t compromise with the government system had to support themselves. A sophisticated self-publishing system called samizdat was established by these underground writers.

Many published works during the Soviet era falls into a new government approved genre called Socialists Realism. The Soviet authority defined it as a real representation of the reality and the revolutionary development, in accordance with the spirit of socialism. They encourage writers to write more in this genre and those who obey were rewarded with apartment, cars, and significant publication for their books.

Under Gorbachev leadership, a new generation of writers emerged. The topic they no longer limited to topics approved by the government. A liberalization has happened and previously taboo themes were more explored. Authors started to talk openly about corruption, violence, anti-Semitism, even the images about previous Soviet leaders such as Lenin and Stalin.

These are notable authors that emerged during the Soviet era.

Maxim Gorky (1868-1936) is regarded as the father of Socialist Realism. His notable works include The Lower Depths and Childhood. Maxim Gorky falls into the group of writers who didn’t oppose the government, although he condemned the violence used by the Soviet government. He enjoyed fame and success and was celebrated as a rival to Tolstoy. Gorky also played a vital role in the revolutionary movement. Rumors said it that he was poisoned by the order of Stalin.

In his writings, Gorky is praised for his authenticity depicting the working class of Russia. He himself is a son of a lower class, going through childhood with such hardship that he had to rummage garbage cans to find food. His life experience inspires many of his work, especially in his autobiography My Childhood. Because of his background, he is also considered a hero by many.

Boris Pasternak is a Russian writer who was awarded Nobel prize in literature in 1958 for his most influential work Dr. Zhivago. The Soviet government was not really happy with what he wrote since Dr. Zhivago depicts the Bolshevik Revolution with a not entirely positive image. The government banned Dr. Zhivago publication in Russia. It is only released in the country in 1988. Besides a writer, Boris Pasternak also wrote romantic poetry.

Also, read about other books about the war in Russia.

Mikhail Bulgakov is the author of the satire novel The Master and Margarita. The book is one of Russian books you should know. The novel tells a story about Satan who appears in Moscow and targeting the communist system and its elites. The novel version which is allowed to be distributed to the public is heavily censored. It’s also only published 1967, although the novel is actually finished in 1940. The full unabridged version is released in 1989.

The first Russian writer to be awarded Nobel Prize, Ivan Bunin is best known for his novels The Village and Dry Valley. He is also praised for carrying the realism on their works that he’s dubbed the heir of Tolstoy (Read about Tolstoy’s works here). He is also the first Russian writer in exile to be published in Russia. Ivan Bunin was an anti-communist and had to emigrate to Paris in 1920. He resides in France until his death in 1953.

Another Nobel laureate from Russia, Mikhail Sholokhov was awarded Nobel Prize in Literature in 1965. His most famous novel is And Quiet Flows the Don. The three-volume novel is regarded as a fine example of socialist realism. Aside from the Nobel, he is also awarded Stalin Prize. His other works are Virgin Soil Upturned, a short story “The Fate of a Man, and his first book Tales from the Don.

Not only a writer, Ayn Rad is also a philosopher known for her Objectivism philosophy. Her notable works are Atlas Shrugged and The Fountain Head. Ayn Rand is a Soviet writer who emigrated to America and later became a US citizen. Ayn Rand is not the only female writers from Russia, check out this list for more.