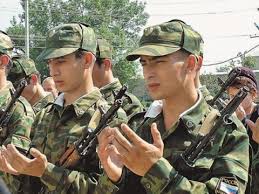 Islam is the second most professed religion that is widely accepted in Russia. The Russian government recognized Islam under the law as one of the Russia’s traditional religions. In other words, Islam is a part of Russian historical site or heritage that needs to be maintained for a long time. Islam itself has contribute to a great number of Muslim Army in Russian military that served, back since the old days up until this day.

During World War I, more than half of a million Muslim soldiers fought in the Russian military. It is such a big deal as the Ottoman Empire keeps trying and putting efforts to mobilize Russia’s Muslims against their rulers. But despite of that situation, Muslim soldiers continued to serve the Tsarist Empire until 1917. On 1917, the Tsarist Empire fell and become another empire noted in history.

Islam is acknowledged as an official Russian religion alongside Orthodox Christianity, since a long time ago. The exact time is from the Catherine the Great empire who sponsored Islamic scholarships. The Orenburg Assembly sponsored the scholarships and also clerics. In the Volga Federal Ditrict, Muslims form a plurality of the population. Mainly the population of the republics of Bashkortostan and Tatarstan. Muslims also predominate some nationalities in the North Caucasian Federal District. The North Caucasian Federal District is located between the Caspian Sea and the Black Sea. Some of the nationalities that Muslims predominate are Balkars, Ingus, Chechens, Dagestani, Karachay, Kabardin and Circassians people.

In the middle of Volga Basin, the vast majority of the populations are Muslims. They includes region of Bulgars and Bashkirs. For other areas with notable number of Muslim although not as much as the former, it includes Moscow and Orenburg Oblast. In the Southern Federal District, Muslims have a notable population in places such of the republics of Adygea and Astrakhan Oblast. In Russia itself, there are more than 5,000 registered Muslim organizations. That number is equivalent to more than one sixth of the number of Russian Orthodox religious organization registered. Fore more information regarding Muslim, you can read Learn More About The Journey of Ethnic Muslim in Russia.

The majority of Muslim in Russia are the Sunni branch. Only about 10% are Shia Muslims. But, that 10% consists of more than two million people. There is also the Ahmadi. In a few areas, you can found some tradition of Sunni Sufism. The areas are usually around Dagestan and Chechnya. The tradition is represented by schools, such as Naqshbandi and there is also Shadhili schools. Some of notable Russian also convert to Islam. They include Vyacheslav Polosin, Alexander Litvinenko and Vladimir Khodov.

On the early days, especially 16th century Russia turned into a multinational state. The most important part of this change and the Russian statehood is the Russian army. The army itself was multi-confessional and multi-ethnic. And those still exist until this day. Therefore, Muslim took a big part of the Russian troops. Especially Muslim Bashkirs. That comes from the voluntary inclusion of Bashkortostan to Russia. In which it said that the Bashkirs can keep their land and religion but they have to serve in the military. It happened in the 16th century. Not only the land and Islam as their religion, but they can also keep their own local government.

There are a lot of historical events that the Baskhir cavalry took part of. Some of them areLivonian War and the 1612 liberation of Moscow from Polis invaders. There are also Azov campaign of Peter the Great’s and the Great Northern War. Other than that, there is the Germany’s Seven Years’ War that happened between the year 1756 to 1763. The Bashkir cavalry regiments maintain their structures for several years. Although there are already the Russian navy formation and military reform by the Great. The structure consists of Bashkir officers, elders and also tarkhans.

The reason for that shows the weakness of Russia’s position in Bashkortostan. That happened in the 17th to 18th centuries. Meanwhile at the same time, it boost the efficiency of Bashkir cavalry. After that, the Bashkirs are often found to took part in campaigns. To be exact, it is the Russian military campaign. It is a punishment for their part in the uprisings. The uprisings itself happened in Bashkortostan in the 17th and early 18th centuries. The uprising itelf is to show their disappointment by the oppressing of the Russian Empire.

Back since the 18th century, Muslim population had providing peoples to serve for the Russian army. The majority of the Muslim soldiers came from the region of Vulga-Ural. Muscovite rule subjugated the are of Vulga-Ural in the 16th century. In 1874, universal conscription to military service is introduced. But, the majority of the Russian Empire diverse Muslims people to remain exempt from conscription and only small numbers of the whole Muslim population served in different units. The Muslim that served in those units consist of the people of Northern and Southern Caucasus, Central Asia and also the Crimea.

The reason for the exemption varied on each cases. In the case of Central Asia, it happened because of the questionable loyalties of the local population. Also because of the weak administrative penetration of the region. For several decades, those impeded the recruitment of Muslims soldiers for years. In the case of Crimean Tatars, the administrators have some fears towards subjugating Muslim to the military. The fears caused by the thought of precipitation of another mass exodus to the Ottoman Empire by letting Muslims join the force. Meanwhile in the case of the Caucasus Muslims, the government were still unsure about their allegiance to Russia. The government stayed with that belief despite the military potential that the Muslims have. Even the military showed their fascination to the Muslims. You can read more information about Muslims in Russia through 6 Facts of Ramadan Culture in Russia.

Nowadays, Muslim are in great numbers inside the military. It is even said that it Muslim expected to predominant the Russian army by 2020. That happened because of the large number of Muslim inside the army. In fact, for people who serve their duties in Syria, most of them are Muslim. The operation are taken by the Chechen soldiers.

That is all for the explanation about getting to know about Muslim in Russian Military. Muslim is not a strange thing or word to see and hear in Russia. As it is one of the biggest religion in the country, second to be exact. Muslim have get into various parts in Russia’s people lives. Not only military activities, but also a lot of other activities found in daily lives. Islam has a really long history in Russia dated back to the early days. Not only that, the fact is that Muslim has actively participate in the army since the old days. The number keeps growing until now. And it is such a relief that there are no discrimination occurs inside.

You can see more about Muslim in Russia by clicking and reading these following articles of 7 Facts About Celebrate Eid Al Fitr in Russia, and 7 Best Places in Moscow for Muslim Traveler