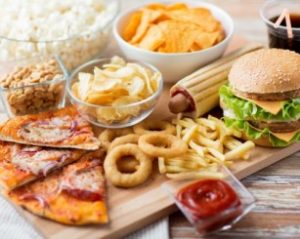 Russia is opening its door to more investors as well as tourism more than before. There is a more and more international company such as restaurant and fast-food chain popping up all over Russia. Not only in the big city like Moscow but also smaller ones such as Sait Petersburg and many more.

Russia may allow the International well know junk food brand to try their Russian market. And it may appeal to foreigners and immigran, but Russian Fast Food Which Contain Less Calory still remail appealing to most true Russian at heart.

Russians youngster may be compelled to try out to be hip and trendy by being more western then their older generations. They are likely to find interest in western junk food due to their cultural influence. Some large fast-food chain and their product have made way to enter the Russian market. Yet, they need to compete with Best Snacks Made Only In Russia and also Russian junk food which not surprisingly, considers healthier.

Junk food itself refers to unhealthy food that you can make in seconds. Well, in Russia even the fastest delicacy has a very healthy ingredient and come in fresh serving. Russia has its term of comfort food that not only pleasant in the palette but also for the body. Here is some healthy version of Russian junk food.

Is it a doughnut? Well, one can have their debate. A taste of one of the Tasty Russian Snacks That Everyone In The World Should Try For sure. These fried dough resemble doughnuts for some people. And why not, its light and crispy layers are often compared with the western counterparts. It comes in various shape not only the famous circular shape with a hole in the centre. The pyshki is always sprinkled with powdered sugar on top and not to be confused with glazes doughnuts. Russian junk food comes with simple ingredient rooted way bay in the old days where there is not much food to have.

If pyshki are sweet and light that you can munch anytime. This chebureki is certainly a more filling flavour for your tummy for sure. In Half-crescents form, they are another Russian Meat Dishes That Can Be So Mouthwatering that take up a crispy dough that forgets about your diet for a moment.

The secret ingredient of this ultimate Russian junk food is vodka. Not to wash down the Chebureki but as a leaven that makes the dough the famous crispy bubbles.

Russian junk food is no different like any other food in the world. Some of Russian Food Which Are Similar To Typical Foods In Other Countries. One of them includes Pelmeni or the Russian version of meat dumplings. They are filling, quick and easy to have. It is considered the ultimate student-friendly food in Russia. Most home has these in frozen form in the freezer.

On the whole, there are so many ways to enjoy this meat filling snacks. Almost every city in Russia has its meat filler for pelmeni. A traditional Pelmeni But In Siberian Style You Will Love It. If you are wondering about how it tasted. It has some resemblance flavour with Turkish manti, Georgian Khinkali or the Japanese gyoza.

There is no doubt that this cuisine is most junk food in Russia that is so popular that you can spot many stalls selling this dish as common street food in most of Russia.

This Russian Meat dishes That Can Be Mouthwateringly considerable easy to make and undoubtedly famous. It consists of slices of roasted chicken or meat and veggies (cucumber and tomato. Then you added a generous cream-ketchup sauce. Finally, you rolled all the ingredient in a lavash soft unleavened flatbread. This makes shaverma a finger food great item on the go. Moreover, this dish consists of meat, greens, and bread. Some may say that shawerma is healthy, which is untrue. 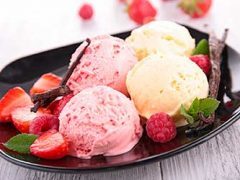 Russian has a complete set of a foodie. They have their chocolate, almost every smacks, including the Russian ice cream. Russians are always proud of their Popular Types Of Yummy Russian Ice Cream and they had a right to be proud.

Russian ice cream uses pure cream, butter and natural ingredients. It enters the mouth and melted right away. In Soviet times there needed lux items to also be consumed for ordinary people. So, the ingredient is easy, and mostly come from a natural flavour and most likely made from the heart.

Another popular junk food of Soviet times was belyash. They were not healthy of course. When you are familiar with the sweet Russian doughnut. This is the savoury version with meat filling on it. It may be a less popular treat but they are sure tasty. With being fried and oily and greasy texture munching on them, you need more than one.

This is not your typical street food, yet you will see them in Russia. This quick snack is called The kartoshka or “baby potatoes”. You want to eat in baby size to say that you are eating just tiny bites.
The stuffed baked potatoes, yes it is potatoes with various fillings to choose from like meat, fish, chicken, fried mushrooms, salads with mayo, and so much more.

Russian do have their junk food, although you can not call them junk. It is a healthier version of your common junk food. They are fast to make and maybe greasy also. Yet, the natural process and a lot of flavours define the different meaning of junk food.