When we talk about Russia, there are many things about its culture and people which are very interesting to talk about. Talking about Russians, data shows that the religions show the sign of diversity. There are not only people who believe and practice the religion of Russian Orthodox and Islam but also other religions such as Buddhism, Modern Paganism, and Tengrism. They all can live along with non-believers and people who claim to be spiritual but not religious. 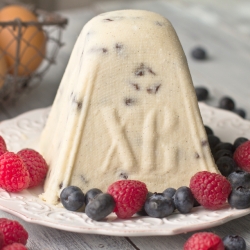 Each of the religion has its uniqueness. Take Islam for example. Russian Muslims, especially the ones who live in Saint Petersburg or the other parts of northern Russia, faced a big challenge during fasting. Each year there is a month of fasting that Muslims will take part, during which they are not allowed to eat nor drink starting from the morning prayer until the sun goes down. The fasting month keeps altering every year. The condition becomes very challenging when they must fast in June. Why? Because sunsets do not happen in this particular month. As a result, Russian Muslims must fast for 21-22 hours and only have three hours to eat! Fascinating right?

Just like the Muslims have a fasting tradition, Christian Orthodox also has its tradition. They celebrate Easter happily every year. It will always be celebrated in April but, just like the fasting time, there is no exact date for Easter.

In Russia, Easter is known as Paskha. The origin of the name presumably is Pesach, a Jewish holiday dedicated to celebrating the release of Jews from Egyptian slavery. Some people also believe that there is a chance that the name is related to the Greek phrase “I suffer”. This phrase is a sign to explain the transitioning of Christ (from death to eternity).

Just like any other holiday, Easter in Russia also has its traditional food. You can celebrate Easter happily, but you still need delicious foods for your tummies. That is why we are going to find out about 3 Russians’ Easter foods.

Despite Russian Easter celebrated happily, our tummy needs this Easter food version. The first Russians’ Easter food we are going to talk about is Paskha. Paskha is not only the Russian word for Easter but also for one of its dishes.

Paskha is a dish in the shape of a truncated pyramid made mainly of curd cheese.  You can also find other ingredients such as butter, sour or ordinary cream, and raisins in the dough, with additional ingredients such as nuts and candied fruits. There are two ways to serve Paskha, raw or cooked. If you want to make the cooked version, just make sure to heat the curd cheese and the egg on a saucepan before mixing it with the other ingredients.

The reason behind Paskha’s truncated pyramid form is as the symbol of the tomb of Christ. On the top of the dish, you will find religious symbols such as a cross or the Cyrillic letters “XB” an abbreviation for some words that mean “Christ is risen”. These words are very common among Russians Orthodox Christian, especially during the Easter holiday. They will greet each other by saying “Christ is risen!” and the response is “Truly, He is risen!”.

Our tummy needs this Russians’ Easter food version. The name of the dish is Kulich. This is a leavened bread that you will not only find in many houses in Russia but also at church. As the symbol of the body of Christ, usually, the church will distribute Kulich to the churchgoers after the Holy Saturday prayers.

Similar to Paskha, you can also find raisins, candied fruits, and diced almonds mixed with the dough. You can find the difference on the top of both dishes. While Paskha is decorated with religious symbols, Kulich is decorated with some toppings such as candied fruits, berries, jam, or chocolates. What makes Kulich looks delicious is before putting on the toppings, you will need to cover the whole cake with glaze first. Can you imagine how pretty the cake looks?

Kulich had gone through some evolutions. In the beginning, there was no baking powder in the process of making the dough. That is why, a long time ago, Kulich looked more like a loaf. In the past, Kulich was not associated with Easter. It was the dish that people made for the turn of the season’s festivals. This means that people used to make Kulich several times a year. As times passed, Kulich shifted into a dish people know as Easter dish. They also believe that the Slav tradition played an important role in influencing the process of Kulich making, especially for the leavened dough part.

Thus far, we already found out that there are two kinds of Russian dishes we will find during the celebration of Easter. Both are cakes/bread. This one is also a cake and it is called Makovnik or poppy seed cake.

Makovnik has been known as one of Russians’ Easter traditional food for a long time ago. Paskha and Kulich represent religious value. The condition is a little bit different from Makovnik. This dish is believed to be a symbol of prosperity and good fortune. No wonder this dish is served from generations to generations in Russians’ household!

When we trace the history, Russians have a special connection with poppy seeds. People of Russia have planted poppy seeds since the 11th century. After that, you will find this tiny thins into their bakery mixture. Poppy seeds itself are the symbol of welfare and wellness. That is why Russians have a similar point of view of the Makovnik.

This cake is similar to the simple cakes you have ever found. What makes it special is the poppy seeds. It gives the nutty taste to the cake. Just make sure to ground it first in a coffee mill or a food processor. The finer the texture, the better the taste of the Makovnik you make 🙂

Now, we have learned 3 Russian’s Easter foods that are both delicious and easy to make. Remember, your tummies need yummy food. So, despite Russian Easter celebrated happily, our tummy needs their 3 Easter food version 🙂