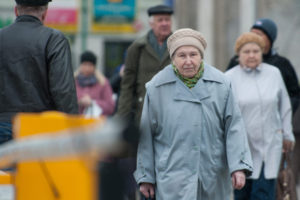 14.4% of Russians are elders over the age of 64. When visiting Russia, you are bound to meet those older than you. With cultural differences, you might be wondering if there are any proper etiquette to greet older people in Russia. In other countries such as Korea and Japan, age plays a huge role and the etiquette changes. From the way you greet them to the way you act around them and treat them, everything must be done in a certain manner. How about Russia? Will there be any special requirement and way to greet those older than you? What about elders ?This article will tell you the proper etiquette in greeting those older than you and whether this is similar or different to that of other countries.

Below are the 4 etiquette to greet older people in Russia:

It is frowned upon to be rude to anyone, especially children and elders. How we act towards those older than us, especially elders, shows our true character. As such, it is vital that we treat them with respect and kindness. When addressing them, it is a must to be polite and to call them by their appropriate names (unless they specifically requested it). In Russia, when addressing strangers and elders, the general term used is Вы which is a polite “you”. This term is also often used in official situations, business communication and various public institutions. Meanwhile, if we know their full name, we may address them using their first name combined with their patronymic. In recent times, it is acceptable to address those older than us with just their full first name while still being formal. However, nicknames are a no-go. Slangs are to be avoided as well.

Other polite and formal greetings you may use when addressing those older than you are:

When you’re addressing someone close but older than you, such as family, you may improvise your greeting. You may ask about their day, sing a song, or even recite a poetry for a greeting. Every family has their own special kind of greeting, so there are no general standards to follow.

Older Russians can be quite superstitious, so when you are greeting them, do your best to avoid any offensive action. When you are meeting someone for the first time or you haven’t seen them for a while, offering a handshake is advised. Handshakes are used to greet others as well as to tell that you’re leaving. Russian handshake has its’ own etiquette as well (read Russian Handshake Etiquette). To note, some of the things you must not do during the handshake are: shaking their hands with your gloves on, breaking eye contact, and doing it over a threshold. A common knowledge shared among Russians is that a handshake over a threshold will bring misfortune to the family living in the house. Other things like shaking your hand over others doing the same will bring bad luck as well. Doing these will offend the other party greatly, so be careful.

During the first meeting, Russians may seem reserved, but the more time you spent with them, the friendlier and closer they will be. At first, the common greeting may be a handshake (between men) or a simple nod (between men and women). When the two of you are much closer and acquainted, the greetings may become kisses on both cheeks, hugs, or backslapping. Russians have less sense of personal space, so physical touch is to be expected.

There are several common gestures used between Russians and gestures to avoid as well. Common gestures between Russians are spitting over the left shoulder (which is done to brush off bad luck), and flicking the chin with the middle finger (which signifies anything related with being drunk). You may use these gestures when greeting or speaking with those older than you. On the other hand, gestures you must avoid at all cost are putting your thumb through your index and middle finger as well as making the “OK” sign.

Eye contact is another thing you have to pay attention to when greeting those older than you. As mentioned in the paragraphs above, breaking eye contact during a handshake is considered rude. When you initiate a conversation or greet them paired with an eye contact and smile, it will tell them that you acknowledge their presence. This also forms an emotional bond between the two of you so it is highly recommended. As mentioned above, other form of physical contact may also be used such as kiss as greetings, hugs, and backslapping (though these are reserved for those you are more familiar with). When talking to one another, Russians tend to stand closer together (hence the lack of personal space). This is a sign of intimacy and closeness between the two of you, so do not be surprised about it.

Those are the 4 etiquette to greet older people in Russia. Other etiquette related articles you might be interested in: Russian Body Language Etiquette, Russian Meal Time Etiquette, General Russian Etiquette, and Russian Business Dining Etiquette.