There are so many clothing brands offering their style to their consumers. There are some brands popular for its elegant style, other brands attract people who love simple and classic design. You can also find brands specializing in providing sports attire and tools. Let’s take Nike for an example. Nike has a big brand of sports for a very long time. As a big brand, they do not only provide their customers with various kinds of sports attire, but they also take part in many sporting events. When you watch a sports match, such as tennis or football, you will find that Nike is one of the sponsors, either for the event in a general or for the athletes. 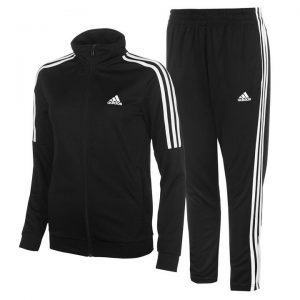 Nike is for sure just one brand among many sports brand out there. Another example of a big brand is Adidas. Just like Nike, Adidas offers its customers for sport apparels both for men and women. In terms of the revenue, Adidas is still behind Nike. But it does not mean Adidas is worse than Nike. Many people see that Adidas has a very strong point, which is its ability to understand and fulfill the demand from the customers. This strength is enough to make Nike sweating.

As mentioned above, when it comes to fashion, it is depended on each person’s preference. The same condition applies to choose what sports brand you choose to buy products from. Some brands might have young adult customers dominate their market, the other might have the opposite. The similar condition happens to Adidas. Out of sports brand out there, Russians love Adidas more. Why does it happen? Let’s find out about that.

We must be wondering.  Out of sports brand out there, why Russians love Adidas more? The answer lays in the event of the Moscow Olympics, which took place in 1980. At the year, Moscow played the role of the host of the Olympic Games. Right before that, Adidas and the Soviet signed an agreement where it stated that Adidas would be the sports brand that supplied the national team with their famous striped uniform.

The agreement between Adidas and the Soviet government was not without a special term. The Soviet Communist party leaders made it clear that they banned the display of the Germany sports brand company on the sports apparel they manufactured for Russians athlete. That is why if you see the uniform of Russians sportsmen and women, you will find something a little bit different.

Adidas is famous for putting three stripes on its sports clothing, along with its logo. Since the USSR party leaders did not want their athletes to compete with uniform displaying labels of a capitalist company, Adidas made a few adjustments. Special for these uniforms, there was only one strip in the color of red and the company logo appeared neither on the clothes nor on the shoes.

Yes, the logo of Adidas was removed completely from the appearance of the Russians athletes. But it did not stop the awareness of Russians people that their favorite athletes, the people that made their country proud, was wearing Adidas while competing in the Olympics. This is the reason, out of sports brand out there, Russians love Adidas more.

There were many restrictions applied during Soviet times in Russia. Among many of the limitations, one of them is the restricted exposure to western fashion. We all know “the law” of this situation. The restriction only made the Russians love western fashion even more. They even labeled everything from other foreign countries as cool and everything from Soviet as uncool.

Their love of western fashion was fulfilled when in the 90s, counterfeit clothing produced by China, Turkey, and the Caucasus filled the Russians market. During that time, the economic condition was not so good. Many people lived in poverty and had very little idea about Western fashion. These people did not look for stylish or fashionable clothes. They just wanted affordable clothes that were also comfortable and practical. The kind of clothing that checked all of these boxes is the tracksuit. Since Adidas was among all the brands found in the imitated clothes, many Russian wore fake Adidas tracksuits.

On the same year, sports clothes also gained the image of authority and power. People acknowledged that sportsmen were the people who had access to western fashion. That is why the mafia recruited retired wrestlers and lifters to their group. They all enforced and muscled with the mafia and never took off their “western clothes”. Wearing sports clothes was a good reason for them to walk around and show off their sports clothes. They knew that even their simple sports uniforms symbolized dominance and strength.

Russians’ belief that western fashion was cool continued. When the Soviet Union finally fell, Adidas’ tracksuits became more popular. So popular that even prisoners would wear this sports clothes. In this particular case, at that time, jails had no uniform. That is why many prisoners would dress in Adidas’ tracksuits. Some ex-sportsmen who turned to be criminal also wore the same thing.  As if it had not gained enough popularity in the criminal world, Adidas could be seen wearing by minor lawbreakers, called Gopnik. Keep in mind that at that time fake Adidas sports clothes were all over the market. Yes, many people wore the fake version of Adidas, but we cannot deny the fact that these counterfeit clothes had helped boosted the popularity of the brand among Russians.

Thus far you maybe think that Adidas is only popular among criminals or Gopnik. That is not true because these days, you can find many Russians who do not belong in any of those categories, change into tracksuits on the trains. Russians love the comfort they feel while wearing that particular sports clothes. Don’t be surprised if you see someone is on a tracksuit while visiting the museum or a woman mix and match her tracksuit with high heels. That shows how much Russians love Adidas!