There are many characteristics we can see in people as a way to identify where they come from. For example, British people are famous for their love of tea. Even when they are facing a critical time, their first “solution” for the situation is to make a cup of tea. They are also widely known because of their habit to apologize for everything. Last but not least, what makes someone British is the amount of time they spend to talk about the weather and make sarcastic/dry jokes. If you have all the traits above, there is a possibility that you have some British gene in you 😉

Of course, there are many other traits which you can find in British people. The same applies to Russian. There are traits, good and bad, that you can identify from most Russians. Now let’s see the quality of Russians. Later, you can check if you find those qualities in you. If the answer is yes, it only means one thing and that is you are Russian if you have this trait.

If You Have These Traits, It Means You Are Russian

These are some of the things you will find in Russian. Don’t forget to compare it with yourself, you do not know that you might be part of a Russian 😉

Russians do not enjoy small talk. If they want to talk to you, it is definitely because they really have something to talk about. They will not speak to you just for chit-chat. Because they believe to not waste any time in small talk, they will talk straight to the point. The next time you talk to a Russian, do not be surprised towards this habit.

So when you run into your Russian friend in the street, do you need to do some small talk? No, you definitely do not. Feel free to say hello, but there is no need to look for topics to talk about. You can just carry on to what you are doing.

Do you also not enjoy small talk? Remember, there is a chance that you are Russian if you have this trait. 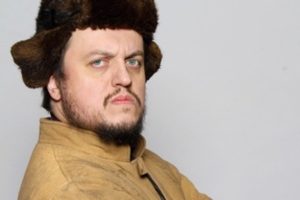 Not only that they do not want to engage or initiate small talks, but they also have serious attitude. You will never find any Russians who do not appear serious in public. This is nothing to do with being angry or sad. Russians believe that in regards to emotion, it is impolite to show it, either through facial or loud voice, in public. It is only okay to express it freely once they are in a private space. Looking or appearing like a serious person does not necessarily mean that you are a sad person. In Russians case, they are happy just like everybody else. If you also experience or believe in the same thing, then you are just like everybody else. But, in this case, it also means that you are Russian if you have this trait.

In our life, we must have met at least a person who believes in superstition. We must have heard common phrases such as “knock on wood” which is a superstition believed to prevent bad luck. The most common one is the fear of number 13. This thing is taken seriously all over the world that is proven by the missing of the 13th floors in so many hotels.

Just like those examples, Russians also have their superstitions that have been held on from generation to generation. For example, they believe that if you sit at the corner of the table, you will not get married. Another example is that they do not shake hand with or kiss their guest across the doorway.  They see the doorway is where the “house spirit” lives, so doing a handshake means making a bridge in the gap, hence the bad luck. That is why the host and the guest will only greet each other when they are completely inside or outside the house.

Russians also have a specific superstition when it comes to giving someone a bouquet of flowers. When they are giving flowers for a joyful moment, they will make sure that the bouquet consists of flowers in odd numbers. They will do the opposite for funerals where they will give an even number of flowers.

You might have some beliefs in a certain superstition, too. Maybe you are the kind of person who reads and trust the horoscope or maybe believes in one of the superstitions above. Now that we are in the third part of the “you are Russian if you have this trait” list, how many of them that you get?

There is a popular phrase in Russia that says “Without soup, your stomach will dry up!”. There are so many great Russian soups. Some of them are Borsch (made of beetroot and beef soup), Shchi (made of cabbage), and Sour Shchi (made of pickled chopped cabbage). They also have options of soups that you can enjoy in the summer such as Okroshka (made of yogurt and served cold) and Solyanka (salty-sour-spicy soup).  If you are in Russia, you will find that soup is a must in everyday meal.

Russians do not only love soup, but they also love pancake. They love it so much they have a pancake week called Maslenitsa. During this week, you must eat a different kind of pancake every day.

Russians’ love towards vodka is known internationally. No, they are not alcoholics, they are just able to drink more than most people. For them, drinking vodka is not a big deal. That is why in any events in Russia, the event organizer will provide and offer you some vodka. You will find the same thing when you are visiting your friend at their house. Even if they do not drink regularly, they must keep some vodka at home.

Now we have learned about four Russians’ traits. Out of four, how many can you find in yourself? The more you check the traits in the “you are Russian if you have this trait” list above, the bigger chance that you have the gene of a Russian 😉