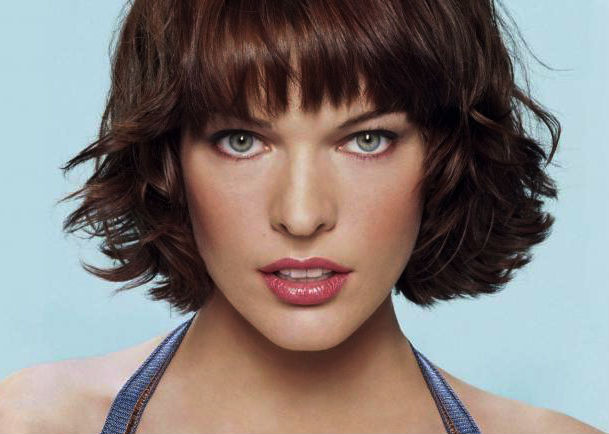 We don’t know for sure, but it seems that learning the Russian language has been a favorite activity these days. Many people learn Russian in schools or online courses just because they want to. Check these best sites to learn Russian online for free!

This American actor and leader of Thirty Seconds to Mars band has learned a little bit of Russian for his role in a film called “Lord of War”. In that film, he acted as Vitaly Orlov, a brother of an infamous arms dealer, Yuri Orlov (Nicholas Cage).

Although most of his dialogues are in English, in some dialogues you can hear him swearing in Russian. And also there’s a time when he’s attended a concert somewhere in Russia, his fans went crazy when he spelled Russian words.

In a TV show, Jared was interviewed by the presenter who asks him a question about how’s hard it is to learn and speak Russian. Then, he replied in Russian with a funny accent, thus making everyone in the studio laughs. But Jared shows great respect towards the language. He says that Russian is a very hard language to learn, therefore, it needs to be respected and not to be played with.

If you are struggling in learning Russian just like Jared Leto did, here are some tips to learn Russian effectively.

It is no secret that Mila Kunis was born in Ukraine, but when she can speak Russian fluently, some people might be surprised, including her (supposed to be) friend, Justin Timberlake.

Born as “Milena Malkovna Kunis”, in the city of Chernivtsi, Soviet Union (today Ukraine). She lives there for about seven years and learned Russian for about a year. She had to stop learning Russian in school because, in 1991, she moved to the United States along with her family. This is the reason why she is troubled when she had to read and write in Cyrillic alphabets. But when she has moved to the US, she still speaks Russian with her mom so she still retains her skill very well.

When she visited Moscow along with Justin Timberlake to promote their film Friends with Benefits, she was interviewed by a Russian media. At the moment when the journalist asked about Justin’s roles in the film, she argued with them by speaking mostly in Russian. Justin didn’t expect that Mila can speak Russian, so this, to say the least, caught him by surprise.

This American actress is known for her role in the film Pearl Harbor. Kate Beckinsale really admires the works of Anton Chekov, a Russian author, and a playwright. The first drama that she ever played was Chayka (The Seagull) one of Anton’s works.

When she was interviewed in an American TV Show, she admitted her fondness of Russian arts and literature. Some of her favorite Russian authors are Anna Akhmatova, Aleksandr Blok, Fyodor Dostoevsky, and her favorite, Anton Chekov. She really fond of Chekov’s works and she stated that she wants to read his works in its original language. Therefore, she attended her studies at Oxford University to learn Russian literature. In addition to Russian, she also learned French and German.

Her skill in Russian is decent. She speaks Russian almost fluently when she taught a TV host from an American TV show a few sentences in Russian. And then, when she visited Moscow to attend a press conference, she answered questions entirely in Russian!

Ralph Fiennes is an English actor, producer, and director. He is best known in his roles as Amon Goeth in Schindler’s List film. He also learned Russian for his role as a Russian man in the Two Women film which directed by a Russian director, Vera Glagoleva.

Ralph visits Russia frequently. In some occasions, he visited a film school in Moscow to share his experience in filmmaking to the students. At some chances, he tried to speak Russian while answering questions, but he still had many things to learn before he can speak Russian properly.

His next visit to Russia is when he and some other characters from the Spectre promoted their film in Moscow. When Ralph granted a chance to gave some speech, he delivered his speech entirely in Russian with almost no mistakes! It was great progress of him since his last visit to the film school.

Learning Russian was extremely hard for him, but he’s eager to do so because he was really interested in Russian culture. Even though it was hard, he is happy to learn languages other than his own mother tongue.

Acting as a smart man in a tin suit actually portrays his intellects in real life. When he visited Moscow to promote the first Avenger film back in 2012, he learned to speak Russian in mere 2 hours. His efforts actually paid off when he was able to speak adequate Russian for a short speech during this event. Moreover, he translated his speech to English as well so his non-Russian speaking friends could understand what he said. This wowed the fans and they cheered as he delivers his speech.

Born in Kiev when it was still a part of the Soviet Union, Milla and her family left Soviet Union and moved to the United States when she was still five. Her life in Kiev was not long enough for her to absorb Russian culture and learn its language. Fortunately, her Russian mother occasionally taught her some Russian, so Russian is not entirely strange for her.

One time, she starred in a Russian film as a Russian woman named Nadya. She speaks entirely in Russian in this role, so she learned Russian intensively before she started to do the film.

When she’s going for an interview in a Russian radio show, she stated that she loves Russia, its people, culture, and its food. Vareniki, pelmeni, borsch, Napoleon cake, all of them, in Russian. Go check these well-known Russian foods if you want to know what kind of food that Milla’s just mentioned.

Even though she had a translator beside her, it seems that the translator didn’t have to put much effort to clarify what she said.

Rise and shine, 8 world celebrities who were able to speak Russian. It is no secret that learning Russian is very difficult, especially for people who get used to speak in English. But don’t let it brings you down! We hope, by knowing that some of the world celebrities are willing to learn Russian, you will get motivated by them. If they can do it, so do you! For starter, here are 150 basic Russian words for beginners.