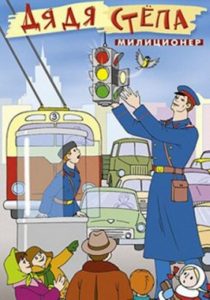 It starts from the beginning, the bedtimes stories we hear and read often define our core values. We go to the Greatest Russian Novels Everyone Should Read and also Famous Movies That Take Place In Russia just to sense the Russian value. Moreover, the Traditional Folk Entertainment That Russian Enjoy So Much displays how Russian enjoy their days and nights. Furthermore, bedtime stories taught several generations of kids the right from wrong and a wonderful read poses as entertainment as well as education. Here’s everything you need to know about Russian best bedtime stories.

The classic story by Veniamin Kaverin dated back to 1938-1944. Russian vast nature often acts as a background for village life turn into a book.  The book tells the story of Sanya Grigoriev, a young boy living in a small town. He finds a lost drowned postman’s bag, the envelopes are wet and the addresses had washed out. Sanya’s neighbor reads the letters aloud and from one of those letters, she learns about a lost Arctic expedition.

Uncle Styopa is a series of children’s poems by Soviet poet Sergey Mikhalkov. Moreover, he is among Freaking Great Russian Authors You Must Read. The book tells the story of Stepan Stoyanov (Styopa is short for Stepan) an very tall Soviet militia officer. He does good deeds of various kinds with a common superhero image that later on adapted as cartoons.

The first book from the famous Anatoly Rybakov trilogy. This book among the Brilliant Books You Probably Haven’t Heard Or Read. Dirk take the background of 1921, during the Civil War. Another famous era where Russian books often portray where Misha Polyakov the leading character finds himself in possession of a naval dirk. The overall story revolves around the encrypted mysterious message hidden in its handle and his journey to solve it.

There may be many Romantic Russian Books That Are Perfect For Women To Read out there. However, author Ruvim Frayerman claims The Wild Dog Dingo to be a story of first love that goes beyond gender and age. The classic coming of age drama raises timeless questions of forgiving your parents and strengthening family relationship. The book describes a 14-year-old Tanya living with her single mother when her estranged father comes with his new wife and foster son Kolya change her life completely.

The Things Russian Folk Like To Do In Winter include hanging around near a bonfire and reading classical Christmas bedtime stories. Arkady Gaidar writes Chuk and Gek that happened on the New Year’s Eve. It dated back in 1339 when any religion was abolished in the USSR and Christmas was not something Russian can openly celebrate.

The story tells about the adventure of two boys, Chuk and Gek, and their mother to Siberian taiga to find their father. The story besides highlight the Christmas spirit of reuniting with loved ones also describes vividly about the beauty of Fascinating Facts ABout Taiga In Russia. Moreover, it also described the Russian interest in expedition and wildlife exploration.

6. Timur and His Squad

Another famous bedtime stories from Arkady Gaidar. The book of Timur and His Squad – depicts a ‘good gang’ stories inspired by the Russian nationality of the army. The ‘Timur movement’ spread over Soviet Russia and create major impact for kids at that time.

The story follows a 13-year-old girl together with her sister come for the summer to the family dacha, a country house. They meet Timur, a brave leader of a mysterious organization that helps people. The Timur’s Squad, comprising several dozen teenagers secretly help seniors, minors, and families of the Red Army officers and soldiers. The book also leads to a movie and eventually spread all over the Soviet Union.

7. Vitya Maleev at School and at Home

The acclaimed Soviet children’s writer Nikolay Nosov highlight Russian children and their daily struggles. The Interesting Facts Of Russia For Kids, successfully portray a world of wonders and adventures. Moreover, this book also brings about the same tale of one boy’s transformation from an underachiever into success. Furthermore, the humorous and inspiring book become sort of a self-help manual for children across Russia.

The Russian version of Santa Claus depicts a kind bearded man who lives in a winter wonderland. Father Frost or Ded Moroz is the Slavic Christmas from the hand of Prince Vladimir Odoevsky that turn into a centuries-old fairy tale. Ded Moroz And Snegurochka As Symbol of Christmas In Russia about mythic figure living in an ice kingdom. Generations of Soviet familiar of the story among the many Russian folklore that lives on.

Among the many Russian bedtime stories, The Brezhnev era marks the Russian dream of reaching for the starts. The inspirational story about young Soviet children to visit the moon, sparking a wild ride into space. However, this story reflects a time when the Soviet Union had not fallen into stagnation and astronauts were heralded as symbols of the mighty superpower’s promise.

10. Grandpa Mazai and the Hares

The famous story rich with basic human empathy leads readers with the 19th-century legacy of wisdom and classical Russian literature. The story tells about Grandpa Mazai and how he rescues some hares from a flooded river. Moreover, the story is a must-read book to gain an understanding of how Russians relate to the rural space, peasant life and creature all around.

This sweet simple story about a heart-warming tale of a girl who is given a beautiful flower with seven petals. Moreover, She the petals to grant wishes for all the classic treats that a child could want. Furthermore, it displays what true happiness really means. Parents often refer this book to show material goods are secondary to friendship and caring for others.

This classic book by Samuel Marshak is the finest author that even Maxim Gorky described as “the founder of our children’s literature.” A man of many talents, Marshak create a new style of Soviet literature for children, inspired by British writers such as A.A. Milne and Lewis Carroll. He manages to create beautiful stories inspite the deppresing era when he wrote his books. The Great Purge of 1937 and The anti-Jewish lay aside the politics and bring a playful story about a woman who loses her dog on a journey.

Nothing like a glimpse of a Soviet childhood as bedtime stories that are both classic and timeless. These classic books can be a great source for Self Study principles To Manage Your Attention To Learn Russian. It is stories beloved by millions of youngsters in Russia with the various genre. Moreover, through stories is Effective Ways Learning Russian Language Even If You Never Get Fluent or if you are just courious. It has many ingredients as good reading material, from fairy tales, Soviet idealism and a healthy dose of good old fashioned fantasy.