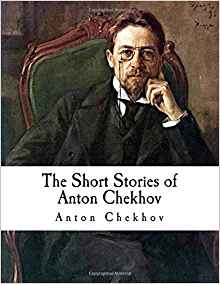 If you jump right in, you can get discouraged and give up. It’s better to take small steps, building your skills and confidence with short stories with shorts texts. Here are some Russian Short Stories to get you started.

Nikolai Gogol is king of short story in Russian literature. It was short, satirical pieces which were, nonetheless, pinpointing perfectly a particular human vice or a social problem. Gogol’s stories are short, crisp, fun to read and didn’t lose any of their relevance.

Pushkin is a famous writer among Freaking Great Russian Authors You Must Read. His masterpiece War and Peace is a legendary classic. However, among his thick novels, he did write some Russian short stories include

Anton Chekhov is one of the most important writers of Russian literature that inspired many other writers. Moreover, his writing is very prolific, subtle, intricate and truly beautiful on a linguistic level. There are over 200 short stories from Chekhov, among the most famous are

Vladimir Nabokov writes excellent short stories with a tint of Chekhov his longtime inspiration. Moreover, they show the facets of love which rarely get mainstream attention. He wrote over 70 short stories display his intoxicating genius, devious wit, and ability to turn language into an instrument of ecstasy. Some of his shorts stories include

This Russian short-story writer and novelist attracted attention with his naturalistic and sympathetic stories of tramps and social outcasts. His famous works include short stories, novels, and plays, including his famous The Lower Depths. His name is taken to some of the public places in Russia such as Gorky Parks and also Gorky metro startions. His short stories are

A Russian writer considered one of the greatest writers of the Soviet Union. His life was full of secrets and become the subject of much research and investigation. His famous works is a Nobel prize for his epic novel ‘Tikhiy Don’. His series of short stories include,

One of the greatest Russian authors of all time. Tolstoy’s fiction includes dozens of short stories, plays and several novels. His short stories include

Many of the Russian short stories greatest writer have been better known for their longer works. Namely Pushkin, Vladimir Nabokov, and many more. Their works include Greatest Russian Novels Everyone and contrary to this line of thought, among literary forms the short story is unique for its versatility. Furthermore, it is a great reading and Effective Ways Learning Russian Languages Even If You Never Get Fluent, when the long, thick books are too much to handle.